SEAL OMEGA GOLD IS NOT AVAILABLE IN THE USA

Seal oil is a superior source of Omega-3 compared to fish oil. Greenland Eskimos, whose diet relies predominantly on seal meat and seal oil, have a much lower incidence of cardiovascular disease (CVD) and cancer, despite a diet high in fat. Greenland Eskimos consume much more seal than fish. Docosapentaenoic acid (DPA) is present at very low levels in fish oils relative to eicosapentaenoic acid (EPA) or docohexaenoic acid (DHA). Seal oil, by contrast, can supply up to ten times as much DPA as fish oils. About one-third of the long-chain Omega 3 fatty acids circulating in human blood is attributable to DPA. Although EPA is believed to be the key to producing prostaglandin, which keeps the artery wall soft and free of plaque, studies indicate that DPA may be 10 to 20 times more powerful than EPA in the production of prostaglandin. 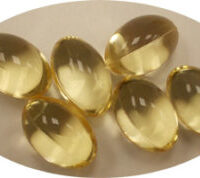 Recommended Dose: Adults and children may take 1-2 capsules per day.