The United States is in the Midst of a Diabetes Epidemic!
According to the U.S. Centers for Disease Control and Prevention, there has been a 40% increase over the past decade in the percentage of the U.S. population living with diabetes.
More than 16 million Americans suffer from diabetes and risk developing serious complications.
Uncontrolled high blood sugar can lead to long-term complications, such as changes in large and small blood vessels, leading to heart diseases, stroke, blindness, kidney failure, nerve damage and impotence.
QualityLab DIA GOLD, a highly comprehensive herbal formula, is designed to stimulate pancreatic function, enhance cell response to insulin, prevent complications, control blood sugar levels, and help prevent this devastating disease in borderline diabetics. QualityLab DIA GOLD is a 100% natural herbal formula – not a drug. It is beneficial for diabetes patients as well as individuals with an impaired glucose tolerance or people who wish to promote and encourage the body’s natural mechanisms to restore health without side effects.

The specific ingredients in QualityLab Dia Gold are being used by progressive physicians and natural healers to care for diabetic patients as follows:
Gymnema Sylvestre is known as the “destroyer of sugar” and it significantly reduces the metabolic effects of sugar by preventing the intestines from absorbing sugar molecules during the digestion process. Gymnemic acid fills the receptor locations in the absorptive external layers of the intestine, thereby preventing the intestine from absorbing sugar molecules. Extensive research shows that Gymnema leaves raise insulin levels in healthy volunteers. Based on animal studies, this action may be due to regeneration of the cells in the pancreas that secrete insulin. Other animal research shows that Gymnema can also improve the uptake of glucose into cells and prevent adrenaline from stimulating the liver to produce glucose, thereby reducing blood sugar levels. The leaves are also noted for lowering serum cholesterol and triglycerides.
Bitter Melon contains polypeptide p or p-insulin (p stands for plant) and increases glucose tolerance.
Fenugreek Extract has demonstrated significant anti-diabetic effects in both type I and type II diabetes and stimulates pancreatic function.
Ginkgo functions as a neuroprotective agent, antioxidant, free-radical scavenger and membrane stabilizer. 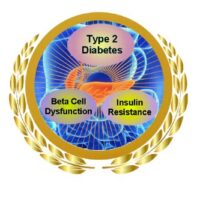 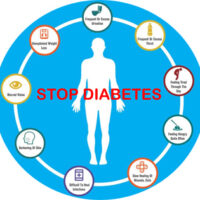