Albumins are widely distributed in plant and animal tissues. Albumins normally constitute about 55% of plasma proteins. Albumins play very important roles in the body as follows:
– The colloid osmotic pressure (COP): This function of albumins could be applied to various clinical situations including patients with end-stage liver disease, septic shock, cirrhosis, advanced decompensated stage, arterial hypovolemia, and so on.
– Binding and transporting of various molecules: Albumins bind and transport a large number of metabolites, such as fatty acids, ions, thyroxine, bilirubin, and amino acids. Albumins also bind covalently and irreversibly with d-glucose and d-galactose.
– Antioxidant and anti-inflammatory actions: As scavengers of oxidants (oxygen free radicals), Albumins limit the production of reactive oxidative species, exerting significant antioxidant activity. They are also involved in the scavenging of various pathogens.
– Endothelial stabilization: Albumins reduce injury to the endothelium caused by reactive oxygen and nitrogen species since they stabilize the endothelium and help maintain capillary permeability.

Hypoalbuminemia (a deficiency of Albumin) is more often seen in elderly people, and shows signs as follows:

– Swelling all over the body or in one part of the body (such as your legs).

– The abdomen swollen with fluid (in case of liver problems).

– Rheumatoid arthritis and other autoimmune diseases.

The Causes of Hypoalbuminemia may include:

– Increased excretion (or loss) of albumin from the body in case of kidney dysfunction. They may be leaking albumin in the urine.

– Liver disease, such as hepatitis or cancer in the liver, may interfere with albumin synthesis. (Albumin is synthesized in the liver).

– Certain heart conditions such as congestive heart failure or pericarditis.

– Problems with the stomach including inflammatory bowel diseases, or lymphoma.

– Other forms of cancer or conditions such as sarcoma or amyloidosis.

– Side effects from medications.

– Infections such as tuberculosis.

The following are some of the aspects of amino acids in Albumin Gold:

Arginine is usually considered essential to the diet of children for the maintenance of normal rates of growth.

Asparagine is important in the metabolism of toxic ammonia in the body.

Cysteine’s importance is related to the presence of a sulfur-containing thiol group which participates in the catalytic reactions of certain enzymes. The thiol group of one cysteine residue can combine with the thiol group of another to form a disulfide bridge, either linking two peptide chains together, as in the case of insulin. It is of great importance in the proper configuration of both structural proteins and enzymes.

Glutamic acid can serve as both an acceptor and a donor of ammonia. Once glutamic acid has coupled with ammonia, it is called glutamine and can safely transport ammonia to the liver, where the ammonia is eventually converted to urea for excretion by the kidneys.

Histidine is an important source of carbon atoms in the synthesis of purines. The imidazole groups on the side chain of histidine can act as both an acid and a base. It participates in the catalytic functions of chymotrypsin, as well as those of a number of enzymes dealing with the metabolism of carbohydrates, proteins, and nucleic acids. It is an essential amino acid for infants.

Isoleucine and Leucine are essential amino acids contributing to the structure of protein.

Lysine, as an essential amino acid, supports growth in children and general well-being in adults. Its side chain has also been implicated in the binding of several coenzymes (pyridoxal phosphate, lipoic acid, and biotin) to enzymes. It also plays an important role in the functioning of histones.

Methionine, as an essential amino acid, is an important source of dietary sulfur. Methionine reacts with adenosine triphosphate to form S-adenosyl methionine, a potent donor of methyl groups which is the principal methyl donor in the body and contributes to the synthesis of many important substances, including epinephrine and choline.

Phenylalanine, an essential amino acid, contributes to the structure of proteins.

Proline is significant because its peculiar structure leads to sharp bends. Proline and its derivate hydroxyproline, make up some 21% of the amino-acid residues found in collagen.

Serine participates in the biosynthesis of purines and pyrimidines, cysteine, and a large number of other metabolites. It is in the active sites of chymotrypsin, trypsin, and many other enzymes.

Threonine and Tryptophan are of several essential amino acids, and Nicotinic acid (niacin) can be made from tryptophan. Deficiency of tryptophan enhances the progress of pellagra.

Tyrosine is a precursor of the adrenal hormones, epinephrine, and norepinephrine, as well as of the thyroid hormones, including thyroxine, melanin, the skin and hair pigment, is also derived from it.

Valine is an essential amino acid, contributes to the structure of proteins.

Albumin Gold is designed to help you:

Reduce Your Risk of Heart Disease

Help You Maintain Your Brain Function

Reduce The Risk of Diabetes

Recommended dose: 1-2 capsules daily with or without meals as a concentrated whole food supplement. 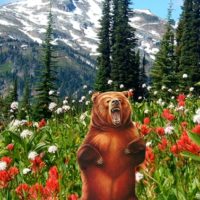 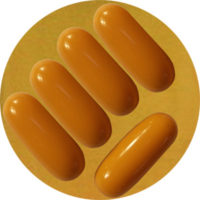 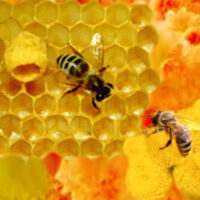 Recommended dose: 1-2 capsules daily with or without meals as a concentrated whole food supplement.