Recommended use or purpose: Helps to enhance cognitive function in adults. Helps to support peripheral circulation.

Do not use if you are taking health products that affect blood coagulation (e.g. blood thinners, clotting factor replacements, acetylsalicylic acid, ibuprofen, fish oils, vitamin E) as this may increase the risk of spontaneous bleeding 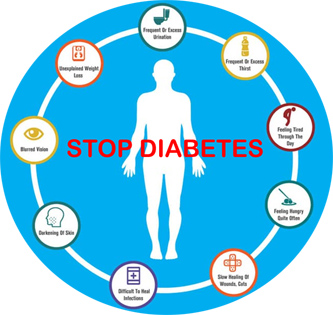 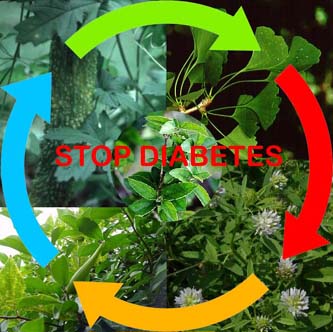 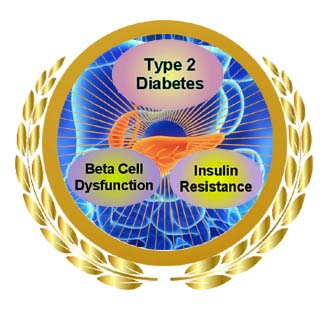 The United States is in the Midst of a Diabetes Epidemic!
According to the U.S. Centers for Disease Control and Prevention, there has been a 40% increase over the past decade in the percentage of the U.S. population living with diabetes.
More than 16 million Americans suffer from diabetes and risk developing serious complications.
Uncontrolled high blood sugar can lead to long-term complications, such as changes in large and small blood vessels, leading to heart diseases, stroke, blindness, kidney failure, nerve damage and impotence.
QualityLab DIA GOLD, a highly comprehensive herbal formula, is designed to stimulate pancreatic function, enhance cell response to insulin, prevent complications, control blood sugar levels, and help prevent this devastating disease in borderline diabetics.
QualityLab DIA GOLD is a 100% natural herbal formula – not a drug. It is beneficial for diabetes patients as well as individuals with an impaired glucose tolerance or people who wish to promote and encourage the body’s natural mechanisms to restore health without side effects.

The specific ingredients in QualityLab Dia Gold are being used by progressive physicians and natural healers to care for diabetic patients as follows:
Gymnema Sylvestre is known as the “destroyer of sugar” and it significantly reduces the metabolic effects of sugar by preventing the intestines from absorbing sugar molecules during the digestion process. Gymnemic acid fills the receptor locations in the absorptive external layers of the intestine, thereby preventing the intestine from absorbing sugar molecules. Extensive research shows that Gymnema leaves raise insulin levels in healthy volunteers. Based on animal studies, this action may be due to regeneration of the cells in the pancreas that secrete insulin. Other animal research shows that Gymnema can also improve the uptake of glucose into cells and prevent adrenaline from stimulating the liver to produce glucose, thereby reducing blood sugar levels. The leaves are also noted for lowering serum cholesterol and triglycerides.

Bitter Melon contains polypeptide p or p-insulin (p stands for plant) and increases glucose tolerance. Bitter melon contains an array of novel and biologically active phytochemicals including triterpenes, proteins and steroids. In numerous studies, at least three different groups of constituents found in all parts of bitter melon have clinically demonstrated hypoglycemic properties (blood sugar lowering) or other actions of potential benefit against diabetes mellitus. These hypoglycemic chemicals include a mixture of steroidal saponins known as charantins, insulin-like peptides, and alkaloids. The hypoglycemic effect is more pronounced in the fruit of bitter melon where these chemicals are in greater abundance. To date, close to 100 in vivo studies have demonstrated the blood glucose-lowering effect of this bitter fruit. The fruit has also shown the ability to enhance cells’ uptake of glucose, to promote insulin release, and potentiate the effect of insulin. In other in vivo studies, bitter melon fruit and/or seed has been shown to reduce total cholesterol and triglycerides in both the presence and absence of dietary cholesterol. In one study, elevated cholesterol and triglyceride levels in diabetic rats were returned to normal after 10 weeks of treatment. A novel phytochemical in bitter melon has clinically demonstrated the ability to inhibit an enzyme named guanylate cyclase. This enzyme is thought to be linked to the pathogenesis and replication of not only psoriasis, but leukemia and cancer as well. Other phytochemicals that have been documented with cytotoxic activity are a group of ribosome-inactivating proteins named alpha- and beta-momorcharin, momordin, and cucurbitacin B. A chemical analog of bitter melon proteins was developed and named MAP-30 and its inventors reported that it was able to inhibit prostate tumor growth. The phytochemical momordin has clinically demonstrated cytotoxic activity against Hodgkin’s lymphoma in vivo, and several other in vivo studies have demonstrated the cytostatic and antitumor activity of the entire plant of bitter melon. In one study, a water extract blocked the growth of rat prostate carcinoma; another study reported that a hot water extract of the entire plant inhibited the development of mammary tumors in mice. Numerous in vitro studies have also demonstrated the anti-cancerous and anti-leukemic activity of bitter melon against numerous cell lines including liver cancer, human leukemia, melanoma and solid sarcomas. Bitter melon (and several of its isolated phytochemicals) also has been documented with in vitro antiviral activity against numerous viruses including Epstein-Barr, herpes, and HIV viruses. In an in vivo study, a leaf extract demonstrated the ability to increase resistance to viral infections as well as to provide an immunostimulant effect in humans and animals (increasing interferon production and natural killer cell activity). Two proteins known as alpha- and beta-momorcharin (which are present in the seeds, fruit, and leaves) have been reported to inhibit the HIV virus in vitro. In one study, HIV-infected cells treated with alpha- and beta-momorcharin showed a nearly complete loss of viral antigen while healthy cells were largely unaffected. In 1996 the inventors of the chemical protein analog MAP-30 filed a U.S. patent, stating it was “useful for treating tumors and HIV infections . . . In treating HIV infections, the protein is administered alone or in conjunction with conventional AIDS therapies.” Another clinical study showed that MAP-30’s antiviral activity was also relative to the herpes virus in vitro. In addition to these properties, leaf extracts of bitter melon have clinically demonstrated broad spectrum antimicrobial activity. Various water, ethanol, and methanol extracts of the leaves have demonstrated in vitro antibacterial activities against E. coli, Staphylococcus, Pseudomonas, Salmonella, Streptobacillus and Streptococcus; an extract of the entire plant was shown to have antiprotozoal activity against Entamoeba histolytica. The fruit and fruit juice has demonstrated the same type of antibacterial properties and, in another study, a fruit extract has demonstrated activity against the stomach ulcer-causing bacteria Helicobacter pylori.