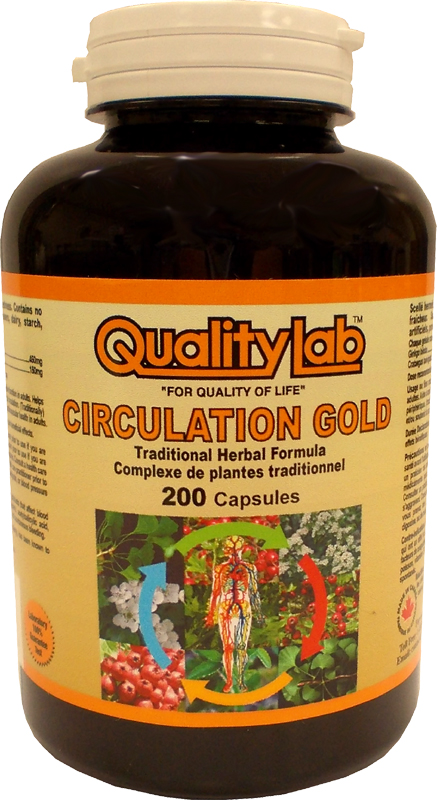 Contraindications: Do not use if you are taking health products that affect blood coagulation (e.g. blood thinners, clotting factor replacements, acetylsalicylic acid, ibuprofen, fish oils, vitamin E) as this may increase the risk of spontaneous bleeding.

Known Adverse Reactions: Hypersensitivity, such as allergy, has been known to occur; in which case, discontinue use 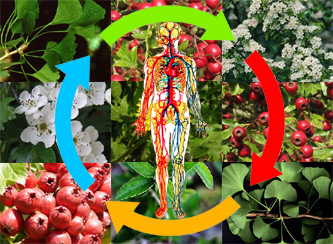 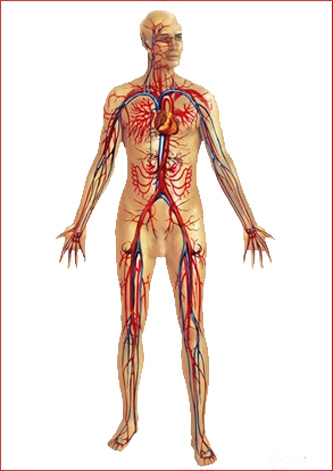 CIRCULATION GOLD is a highly effective formula for blood circulation.

Antioxidant Properties
Free radicals can damage cell membranes and structures within cells, and hinder DNA and even cause cell destruction. If the genetic material in cells is affected and not repaired, it can replicate in new cells, contributing to cancer and other health problems. These free radicals may also weaken artery walls, allowing fatty deposits that can lead to heart disease and premature aging. As an antioxidant formula, CIRCULATION GOLD, helps combat free radicals and repair molecular damage. CIRCULATION GOLD plays important roles in preventing or delaying heart disease, cancer and others. CIRCULATION GOLD may even halt the damage to cells, thereby slowing the effects of aging.

Depression
Patients suffering from varying degrees of vascular insufficiency also noted an improvement in mood while taking CIRCULATION GOLD. CIRCULATION GOLD helps enhance other depression treatments and often even prevent the need for pharmaceutical treatments in mild cases of depression. Those under the age of fifty may also benefit from the antidepressant effects of CIRCULATION GOLD. So far though, the greatest level of improvement has been noted with older patients.

Parkinson’s Disease
The lack of dopamine is believed to produce the progressive stiffness, shaking and loss of muscle coordination typical in Parkinson’s disease. CIRCULATION GOLD may help the symptoms by increasing the brain’s blood flow and thereby allowing more of the depleted dopamine to be circulated to the areas that need it most.

Strokes
By preventing blood clots from developing and increasing the blood flow to the brain, CIRCULATION GOLD may help stop strokes from occurring. CIRCULATION GOLD inhibits free-radical damage of brain cells after a stroke.

Angina
CIRCULATION GOLD may help combat angina which is caused by low blood flow to the heart by dilating coronary blood vessels and thus improving blood flow as well as strengthening heart muscles.

Impotence
The main cause of male impotence is poor circulation and impaired blood flow through the male organs, which is often the result of atherosclerosis. CIRCULATION GOLD increases blood flow.