Used in Herbal Medicine to help to support liver function.

Hypersensitivity, such as allergy, has been known to occur; in which case, discontinue use. 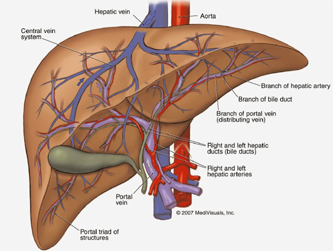 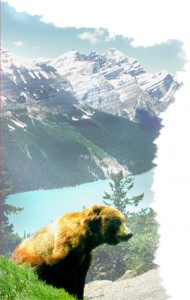 OVER 90% OF PEOPLE HAVE UNHEALTHY LIVERS IN NORTH AMERICA

In this polluted world, the liver is constantly bombarded with various toxins such as polluted air & water, herbicides, pesticides, alcohol, tobacco smoking, chemicals, food additives, among others.

The liver plays the most important role in detoxification, filtering the blood to remove large toxins, synthesizing and secreting bile full of cholesterol and other fat-soluble toxins, and enzymatically disassembling toxic chemicals.

Almost 2 quarts(liters) of blood pass through the liver every minute for detoxification.

A healthy liver can clear 99% of the bacteria and other toxins from the blood before it reenters the circulation system.  However, when the liver is damaged, this filtration system breaks down.

The toxic substances would enter to our blood stream, and then our health would be at risk.

Liver’s detoxification is especially important for the prevention of cancer.

Up to 90% of all cancers are thought to be related to environmental carcinogens.

Main ingredient, silymarin of milk thistle, protects the liver from damages and enhances its detoxification processes by acting as an antioxidant. One of the keyways in which silymarin enhances the detoxification reaction is by preventing the depletion of glutathione.

Silymarin not only prevents the depletion of glutathione induced by alcohol and other toxic chemicals, but also has been shown to increase the level of glutathione of the liver by up to 35%.

Since the ability of the liver to detoxify is largely related to the level of glutathione in the liver, the result of this study seems to indicate that silymarin can increase detoxification reaction by up to 35%.

Silymarin increases the intracellular level of superoxide dismutase and bile flow (a choleretic effect), inhibiting the formation of leukotrienes, stimulating hepatocyte regeneration. In human studies, silymarin has been shown to have positive effects in treating liver diseases of various kinds, including cirrhosis, acute and chronic viral hepatitis, fatty infiltration of the liver (chemical and alcohol induced fatty liver), alcohol relative disease and inflammation of the bile duct. The standard dosage of silymarin is 70mg to 210 mg 3 times per day. QualityLab LIVER GOLD FORTE contains 200mg of silymarin in a capsule.

THE EFFECTS OF OTHER HERBS

Turmeric protects the liver by increasing the production of bile and helps reduce inflammation of the liver. In addition, turmeric inhibits carcinogens and the growth of cancer cells.

Artichoke extract: stimulates the production of bile and protects against jaundice and other disorders related to the liver and reduces cholesterol.

Dandelion root extract: As a traditional remedy for liver disorders such as jaundice, it enhances the liver and the gallbladder function.

Licorice: purifies the liver and the bloodstream.

Fenugreek: helps detoxify the liver with its nutritive, restorative, and anti-inflammatory properties.

Fennel: helps open obstructions of the liver and gall bladder.

Burdock: helps restore the liver and the gallbladder as one of the best blood purifiers,

Red Clover: has been used traditionally to purify the blood, relieve inflammation as it expels toxins from the bloodstream.